Why Every Business Needs Digital Marketing05 March 2020Next

Twitter has recently piloted a new way for users to post on their accounts called “Fleets.” Fleets are a new format similar to vanishing posts like Instagram stories, that are automatically deleted in 24 hours. The name “Fleets” was chosen to represent when users want to share fleeting 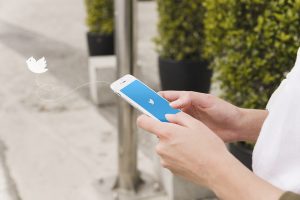 thoughts that they may not want to share in a permanent format. Fleets will have a limit of only 280 characters and have the option of adding images, videos, and gifs. Users who see the fleets will not be able to retweet, like, or publicly comment on the post. Now one of the fastest-growing media platforms, the “stories” format has proven to be popular among younger demographics under the ages of 30. Platforms such as Tik Tok have more than a billion downloads and more than 500 million active users. In a series of tweets,  Twitter’s product lead Kayvon Beykpour stated:

“We’ve been listening to this feedback and working to create new capabilities that address some of the anxiety that holds people back from talking on Twitter. Today, in Brazil only, we’re starting a test for one of those new capabilities. It’s called Fleets.”

Many of Twitter’s special features are due to users’ improvised solutions. For example, in the past when Twitter users wanted to retweet someone’s post, they would simply type “RT” as a prefix. Twitter then decided it would be beneficial for users to have a retweet button instead. The purpose of fleets is an improvised solution that combats the rise of users who were deleting their older tweets. Twitter’s announcement about fleets states “We want to make it possible for you to have conversations in new ways with less pressure and more control.” People want to share their views without worrying that their fossilized tweets will come back to haunt them. Fleeting gives Twitter users comfort and peace of mind knowing that their posts will vanish the next day. 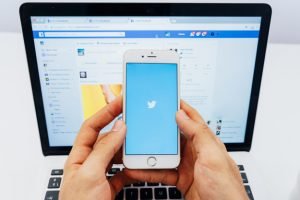 Twitter’s Fleet’s format is predicted to be successful amongst users and advertisers. Because many social media users are already comfortable with the “stories” format, the real test is whether the Fleets format will deliver the same engagement results as Instagram, Snapchat & Facebook. Depending on how the initial test goes, Twitter says that they may bring the feature to other countries.

A Little About Us…

What really sets us apart from other design companies is that our team of experts can do it all. From concept to creation, we’ll walk you through every step of the digital marketing process. We put our marketing brains into everything we do so that what we produce isn’t just visually effective but also industry aggressive & relevant. Of course, our top-notch designs, impeccable customer service & competitive pricing doesn’t hurt, either!